Give it up, girl! (excerpt from Coordinating Chaos) 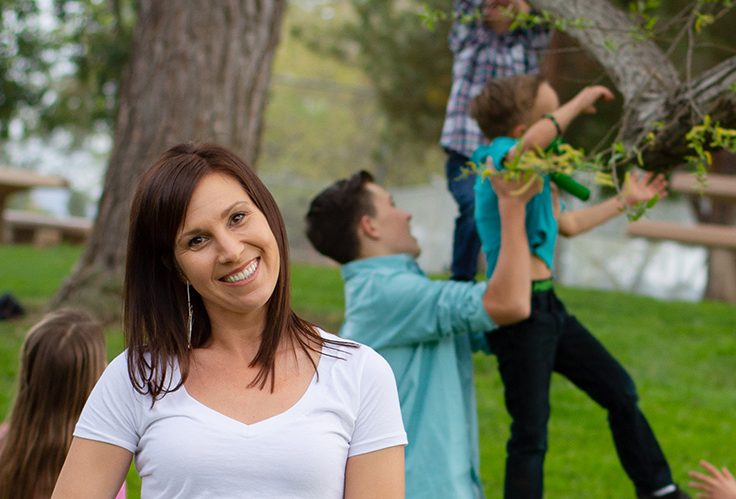 30 Apr Give it up, girl! (excerpt from Coordinating Chaos)

Posted at 10:29h in Blog by Alicia Gibson

“I’m gonna tell you a truth. You don’t have to be the one to do all the things. Huh? I know. I’m sorry. I know that was a punch to your inner control freak. We like to do all the things. We like having that say, and also we like the way we do things. I am right there with you. But controlling our schedule, keeping our home under control, doesn’t mean that YOU personally have to be the one that actually does all the stuff.

Here is another thing that is hard to hear, but I just gotta throw out there, because I love you. Are you ready? There ARE other people out there that are capable of doing what you are doing right now. Eeek!! I know. I know. Yikes. And true, they may not do it EXACTLY like you would – and I know we like things the way we like things – but before you put this book and down and say yah, yah, I like being in control… hear me out. We will actually feel more in control of our lives if we give some of that control up.

I first learned this lesson about eight years ago. I had been teaching for about 2 years and felt like I had finally started to get a handle on things. But then, I got pregnant with my sweet baby girl. When it came time to go out for maternity leave, I did what any nice teacher would do and planned out my curriculum for my long term sub.

I bought an extra lesson plan book and kindly planned out every single day of the 12 weeks that I was planning on being gone. I made class sets of every single handout, put them in manila folders, labeled them, put them in a file box in order of when they would be used. It for real was planned down to the very teeny tiny detail. I thought that would be helpful for my sub. And maybe it was. But at the core of all this work – it wasn’t about me being nice, it was about me wanting to control my classroom even though I wasn’t going to be there. And, even harder to admit, but still true, in my control freak mind, I somehow thought that if it wasn’t me doing the teaching, the kids would leave without learning what they needed to learn and I would be doing them a disservice. This sounds super terrible when I write it down – because my sub (who is still my Facebook friend – Hi!! Thank you!) was truly capable and did an amazing job. I just hadn’t learned to control my control freak yet.

So here is where the lesson comes in. Fast forward two years, well 22 months. I’m still my control freak-self – planning out the ENTIRE term of the class before the class started. Still taking care of all the things myself because that’s what I thought I needed to do to keep any semblance of order. And, then, it was time for me to go out on maternity leave for my second son. This time, though, it was closer to the beginning of the school year and I was teaching two BRAND new classes. I had never taught them before so had zero idea of what I was doing and even less of an idea of what would be happening over the weeks that I would be out on leave. So my super-planner method from my last maternity leave, couldn’t happen this time. And, yes, I was freaking out. Please make sure you add into the visual in your head while you’re picturing this, my big ol’ jombo baby #3 belly and that it was August and insanely hot. It adds to the quality of the story. Alright – back to the freaking out. I had to leave my sub (another friend, who is actually one of my colleagues still to this day) without any direction at all. She had the basics of the courses, plus, of course, her great teaching skills but that was about it. I went out for 8 weeks and couldn’t worry about it, because it was nothing I had control over. I came back from my leave – and guess what happened – the kids had learned, they had been perfectly fine when I was gone, and had succeeded… even though they hadn’t had my detailed super-teacher lessons. My sub had stepped up and taking care of everything that needed to be taken care of – without me. And that is when it hit me: it doesn’t always have to be me. There are plenty of capable people that can do just as good of a job as I can. It hit me hard, at first – why had I done so much all these years? What was I working towards if I could be so easily replaced? Which was followed up by the thought, “Dang I’m conceited.” Did I really think out of all the people in the whole world, I was the only one that could do my job? Sheesh. What a beast! Then, and this is the idea I want to convey to you, the wave of relief flooded over me. I felt a weight come off my shoulders – I didn’t have to do all the things, and the world will still turn, and things will still get accomplished. And babe, the same goes for you.”

Check out the rest in my book Coordinating Chaos!